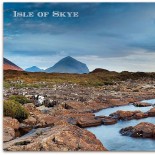 Scotland in my Heart 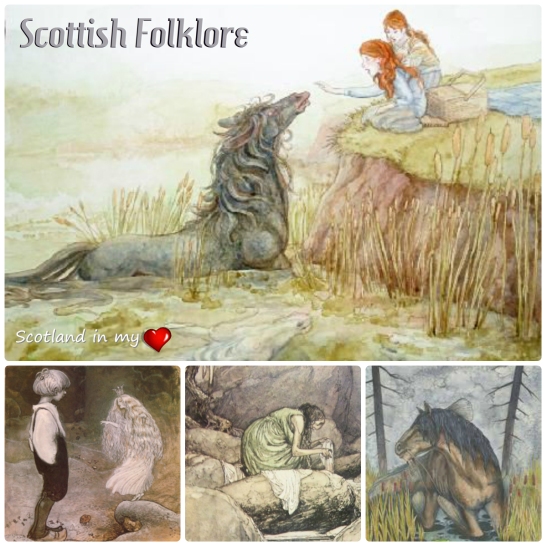 Supernatural Creatures in Scottish Folklore …this is a list of them.

There are many supernatural creatures to be found in Scottish/Gaelic  folklore,

Scotland has a rich Culture  going back over 2,000 years.Scottish mythology has emerged throughout our history, stories were then passed on by word of mouth sometimes being elaborated upon by successive generations

A very dangerous female vampire who haunted the highland regions.

Bean Nighe
The Scottish version of the washer woman at the ford. She always wore green and had webbed feet. She was not always a death portent, and would grant three wishes in certain circumstances.

Baisd Bheulach
A shapeshifting demon who haunted the Odail Pass on the Isle of Skye, its howls could be heard in the night.

Black Donald
In Scottish folklore, Black Donald is the Devil. It is said that the Devil is good at all jobs except for one, tailoring, because when the Devil is among the tailors they close up shop so he has never learned to baste. He can take many disguises including an old man in a black suit but whatever disguise he takes, he’s always giving himself away because of his cloven feet which cannot be shod.

Blue Men of The Minch
Water spirits that haunted the straight called the Minch, between the Shiant Islands and Long Island in the Highlands. They lived in clans in underwater caves and were blamed for shipwrecks.

Bodach
A dark grey humanoid figure who was thought to foretell the death of members in a clan.

Bodachan Sabhaill (the little old man of the barn)
A spirit who haunted barns in Scotland, in common with a brownie he would occupy his time doing farming chores.

Boobrie
A gigantic black bird, which is supposed to have lived in the lochs of Argyllshire. It had webbed feet and fed on cattle.

Booman
The name of a brownie in Shetland and Orkney.

Brollachan
Scots Gaelic for shapeless thing, a creature of the night.

Brown Man of the Muirs
A supernatural guardian of the wild creatures from the Border region of Scotland. He wore brown clothes, and had a shock of red frizzy hair and wild eyes.

Brownie
A generic term for fairies in England and Scotland, they were generally benevolent but could turn bad if they were neglected. They were small in appearance and wore brown clothing.

Cailleach Bheur
A blue faced hag of the highlands associated with winter and a guardian of animals. She may represent a crone aspect of the triple goddess once worshiped by the ancient Britons.

Cait Sith
A supernatural cat from the Highland region, the creature was as big as a dog and completely black apart from one white spot on its breast. Perhaps the belief is related to some of the mystery black cats that have been caught in the region.

Caoineag
A banshee like spirit attached to the clans of the Highlands, who could be heard wailing at the bottom of waterfalls before there is death or catastrophe within the clan. Her name means ‘the weeper’.

Caointeach
The Argyll version of the washer woman at the ford, a banshee who foretell death in the clans.

Ceasg
A Highland mermaid whose contact, in common with most mermaids, is perilous to mankind. If captured she would grant 3 wishes.

Ciuthach
A cave dwelling spirit localised to the Highlands.

Coliunn Gun Cheann (The Headless Trunk)
A huge hulking monster with no head who haunted the Macdonald lands near Morar House. Travellers would often be found mutilated by the creature. The creature was banished after defeat by a clan member.

Cu Sith
A green phantom dog who haunted the highland regions. The creature was the size of large calf and could hunt in silence.

Direach
A monster with one leg and one arm who haunted Glen Etive.

Doonie
A shape shifting Scottish Fairy, who could take the form of a pony or an old man or woman.

Dunters
Similar to the Red Cap these creatures haunted the old fortresses of the Borders. They are thought to be the folk memory of foundation sacrifices.

Each Uisge
The highland water horse of the sea and sea lochs. It would usually appears as a fine horse, anybody trying to mount it would become attached to its adhesive skin. It would then rush into the deepest part of the loch and devour its victim.

Fachan
A highland spirit with one leg and one hand standing from a ridge on its chest.

Fideal
A highland water demon which inhabited Loch Na Fideil near Gairloch. The creature used to drag women and children under the water and devour them.

Fuath(an)
A generic term for Scottish water spirits who dwell in the sea in rivers, and in fresh water and sea lochs.

Gentle Annis
A spirit said to cause the gales in the Firth of Cromarty.

Ghillie Dhu Gille Dubh
A benevolent fairy who was said to haunt a birch grove at the end of Loch Druing near Gairloch. It wore clothes of moss and lichen and had black hair.

Glaistig
Fairies with golden hair who helped around farms.

Grogan
A highland brownie who helped around the farms.

Gruagachs
A highland brownie who helped around the farms.

Henkies
One version of the Orkney and Shetland Trow.

Joint Eater
An invisible fairy who sits next to people and eats their food so that they gain no benefit from it.

Kelpies
A shapeshifting water horse that haunted Scottish rivers. It often appeared as a horse but it could take the form of a man and leap at passers by.

Loireag
A water and spinning fairy from the Hebrides.

Luideag
A dangerous water spirit who haunted the loch of the black trout on the Isle of Skye.

Morool
A Shetland sea monster with many eyes, probably a misidentified fish or sea creature.

Muilearteach
A blue faced hag who takes several forms, she is similar to the Cailleach Bheur.

Noggle / Nuggle
The Shetland version of the water horse, it was often associated with water mills.

Nuckelavee
A hideous creature part horse and part man with long sinewy arms. The creature had no skin and its muscle structure and veins could clearly be seen. It had an aversion to fresh water.

Pechs
Another name for the Picts, who were often seen as fairies by the conquering Scots many hundreds of years later.

Powries
Another name for the Red Caps who haunted the Border regions.

Puddlefoot
A Perthshire water spirit who haunted a pool near Pitlochry.

Red cap
A fearsome spirit who haunted the old border castles, he was wiry and small, with Iron claws and a red bonnet. They dipped their hats in their victims blood to give them their red colour.

Selkies
Seal spirits who could take human form on land. They often intermarried with mortals.

Shellycoat
A male water spirit from the Borders region. They wore shells and could be dangerous.

Sídhe
The Gaelic name for fairies in  the Highlands and Islands of Scotland. Fairies are  known to steal children and replace them with Changelings, their own offspring. At their best, fairies are tricksters.

Shony
A sea spirit from the Isle of Lewis.

Shoopiltee
A water horse from the Shetland Isles, they took the appearance of a small horse.

Slaugh
A name given to a group of very dangerous spirits from the highlands. They were known as the unforgiven dead. They were always malevolent and sometimes thought to be fallen angels.

Spunkies
The lowland name for the Will o’ the Wisp.

Tangie
A shapeshifting sea spirit from the Orkney and Shetland Isles

Tarrans
Supposed to be the spirits of babies who have died without baptism they manifested as lights, localised to North East Scotland. A similar explanation is given for the West Country Pixies.

Urisk
A spirit very similar to a faun in that they are half human and half goat. They are said to haunt pools and waterfalls.

Water Wraiths
Female water spirits who drag people down into the depths. They dressed in green and had withered faces.

Wulver
A Shetland supernatural creature with the body of man and a wolfs head. They were said to be benevolent.

6 comments on “List of Creatures in Scottish and Gaelic Folklore”

This entry was posted on September 22, 2016 by Alasdair Irvine in Scottish and Gaelic Folklore and tagged Scottish Folklore.